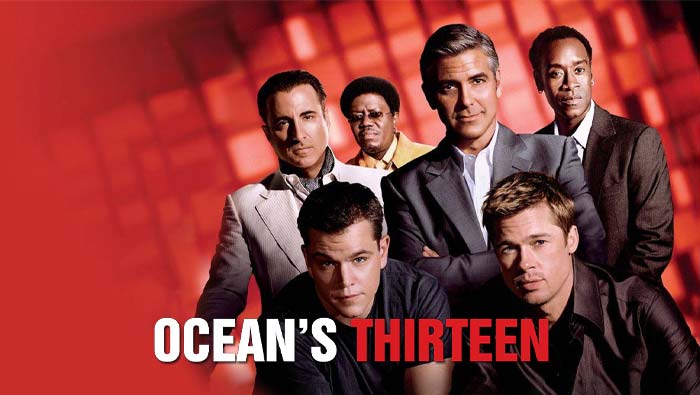 There’s just something about casinos that makes for the perfect movie setting. Perhaps it’s all the bright lights or maybe it’s the possibility of striking it rich, but all we know for sure is that there have been some epic movie scenes set in casinos over the years. One of the great things about having a movie scene set in a casino is that it can fit nearly any genre. Whether it’s drama, comedy, western, crime or action, the casino scene has made an appearance in all types of movie genres. These casino scenes often feature some of the best moments in their respective movies and will definitely have you in the mood for some online casino action after watching. Following last month’s review of the best gambling movies in history, it’s about time we take a closer look at some of the best casino scenes in movie history.

This iconic 80’s movie features Tom Cruise and Dustin Hoffman as Charlie and Raymond Babbitt; two estranged brothers reconnecting following the death of their father. Hoffman’s character Raymond is autistic and a genius when it comes to numbers, so Charlie decides to take him to a casino in Nevada to try and solve his money problems. The movie builds towards a major climax at the casino, as Raymond puts his card-counting skills to the test and beats the house for a massive payday. The movie earned a number of accolades, including the 1988 Oscar for Best Picture.

It’s rare that a box office hit can be matched by its subsequent sequel, let alone a third installment, but that’s the case with Ocean’s Thirteen. The movie features George Clooney (Danny Ocean), Brad Pitt (Rusty Ryan), Matt Damon (Linus Caldwell) and all the regular cast of bandits. This comedy cracks our list of top casino movies scenes because unlike the original film, the big heist focuses on the casino games themselves; the crew look to take down Las Vegas magnate Willy Bank (Al Pacino) and that means rigging all the games at his new casino. From blackjack to roulette, Danny Ocean and his crew fix all the games to win millions in one last heist.

As you can probably imagine from the name, this famous 90’s movie features a number of classic casino scenes and is an obvious choice for this list. Starring Robert De Niro (Ace Rothstein), Sharon Stone (Ginger McKenna) and Joe Pesci (Nicky Santoro), the casino scenes in this movie did an incredible job at showcasing all of the glitz and glamor of Las Vegas casinos during the 70’s and 80’s. The movie’s most iconic scene was when Ace first meets Ginger; after getting called out by a player for pocketing some of his chips at the craps table, she causes a scene by launching a stack of chips in the air before locking eyes with the intrigued casino boss.

Unlike some of the other movies on this list, there was no great drama or criminal element, just an old-fashioned comedy about bunch of guys looking to enjoy a bachelor part in Vegas. The only problem comes the following morning when the three groomsmen wake up with no memory of the previous night and the groom nowhere in sight. While this movie took place all over Las Vegas, there’s a great casino scene towards the end where Alan (Zach Galifianakis) goes on a hot streak at the blackjack table in a spoof of the famous Rain man casino scene mentioned earlier. This movie was hilarious and became a massive box office success, eventually taking in a total of $469 million.

With his impressive style, debonair attitude and penchant for risk, you could make the argument that James Bond is the perfect character for an exciting casino scene. Much of the action in this 2006 Bond film takes place at the poker table in a Montenegro casino. Agent 007 must win a $10 million buy-in poker tournament in order to stop LeChifre (Mads Mikkelsen) from winning the money and using it to fund his terrorist organization. Possibly the most intense of all the casino movie scenes mentioned on this list, there’s nothing quite like seeing James Bond in a $130 million showdown at the poker table.

There we have the best casino movie scenes in history. These are the perfect movies to watch whilst you play online casino games for real money at Bovada Casino. One of the best parts about playing at Bovada, is that it’s also a crypto casino. That’s right, you can enjoy some bitcoin gambling at the best bitcoin casino. If you are new to Bovada casino, then be sure to sign up today! Already have an account? Well, that means you can earn up to $275 just by referring your friends!