On Posted on August 5, 2022 by Doris Wallace to Blogging

15 MCU Filming Locations You Can Visit in the US

Better known as the Marvel Cinematic Universe, the MCU is a collection of blockbuster movies and hit television shows stemming from the world of Marvel Comics. All of the various storylines are interconnected and come together over time to create a singular narrative in the Marvel Cinematic Universe. These movies and shows have been a smashing success, grossing more than $25 billion at the worldwide box office, crowning the MCU as the biggest movie franchise of all-time.

The MCU officially began in 2008 with the release of the first Iron Man movie, featuring Robert Downey Jr. as Tony Stark. The success of that first film led to many other popular Marvel characters being reintroduced, with the likes of Captain America, Spiderman, Hulk and many more. With over 25 MCU movies already released and many more in development, the Marvel Cinematic Universe has a massive fan following around the world. Many of the MCU movie franchises are filmed right here in the US, allowing American Marvel fans to visit the sites of some memorable scenes from their favorite movies. Keep reading to find out the iconic MCU filming locations you can visit and start planning your next Marvel-themed vacation!

As the first movie in the Marvel Cinematic Universe, Iron Man has a special place in the hearts of most MCU fans. While the movie began with Tony Stark being held captive in the Middle East, he is seen giving a press conference at his company’s headquarters immediately upon his return. In reality, this location is the head office for a medical technology company called Masimo and is located in Irvine, California. 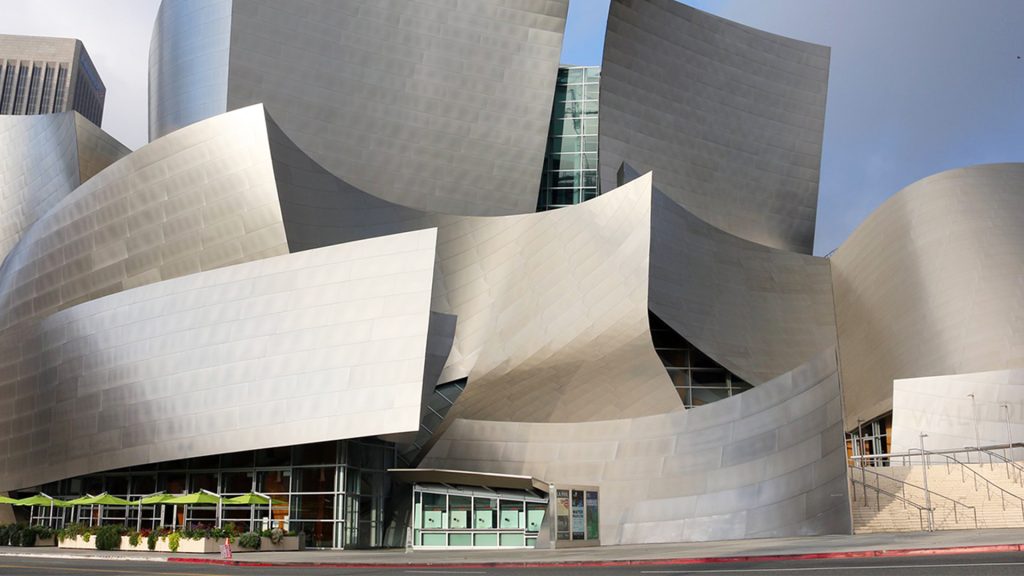 This New York City location is where Iron Man and Spider-Man teamed up for an epic fight scene versus Thanos’ gargantuan underling, Cull Obsidian. While much of the fighting action took place with the help of CGI, you can still visit the real site by heading to the well-known Washington Square Park in NYC.

The first Thor movie takes place in Santa Fe, New Mexico and that’s exactly where they filmed much of the action. After travelling from Asgard, Thor arrives on Earth in New Mexico but is immediately hit by a van being driven by Jane Foster. They quickly rush to a nearby hospital, which is actually an office building in Santa Fe called the Toney Anaya Building. 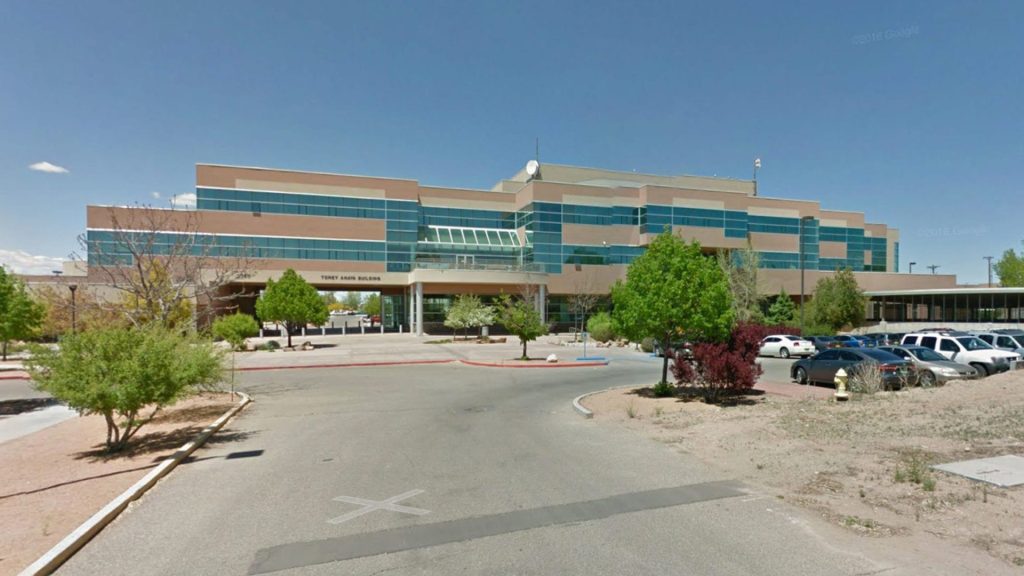 Featured in the very first Avengers movie in 2012, this location was where Loki first made his claim on planet Earth and commanded the frightened spectators to bow down before him. The movie would have you believe this scene took place in Germany, but it was actually filmed at the Tower City Center in Cleveland, Ohio. 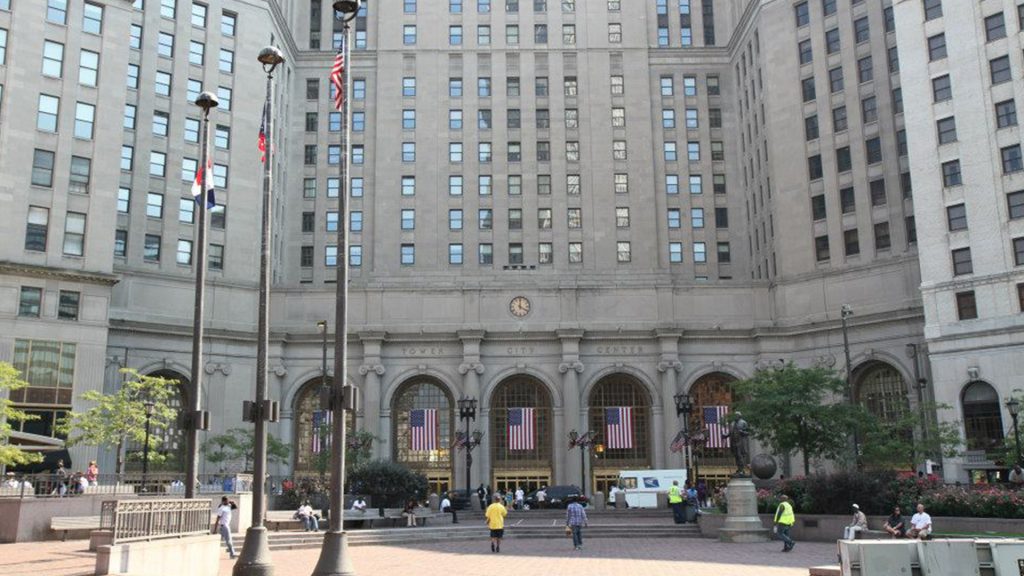 In a particularly funny scene from the Iron Man sequel, Tony Stark can be seen getting some much needed rest as he lounges in his Iron Man suit inside an oversized donut on top of a Randy’s Donuts location. You may not be able to get up on the huge donut like Tony Stark but you can easily visit the famous donut shop, which is located in Inglewood, California. 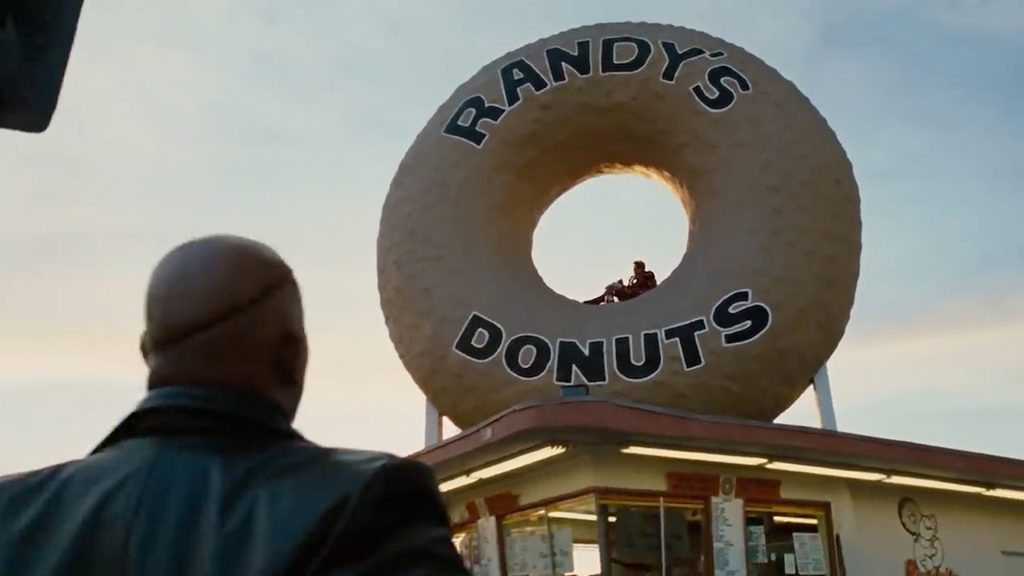 The very first time we get to see Michael B. Jordan as Erik Killmonger in the Black Panther movie, he’s preparing to steal valuable African artifacts from the Museum of Great Britain. You won’t need your passport to see where this scene was filmed, as it actually took place on location at the High Museum of Art in Atlanta, Georgia.

When Scott Lang (Paul Rudd) was released from prison in the first Ant-Man movie, he moves into an apartment with his former cellmate. The name on the front of the building is Milgrom Hotel, but this building is actually the famed Riviera Hotel in San Francisco’s Tenderloin District and is now used for low-income housing. 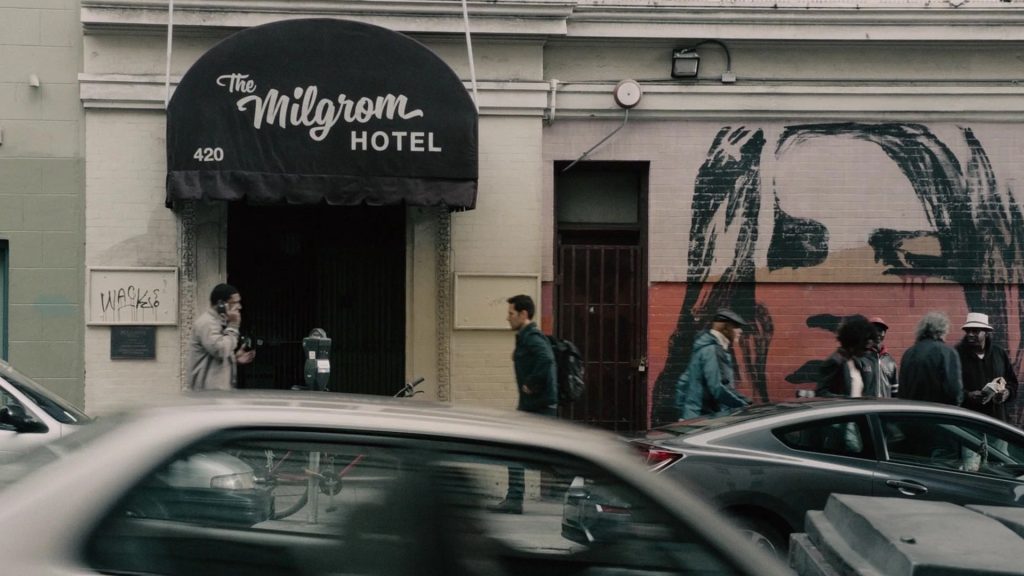 Near the end of the first Avengers movie, Iron Man hilariously asks his teammates “You ever tried shawarma? There’s a shawarma joint about two blocks from here, I don’t know what it is but I want to try it.” They’re later seen eating shawarma during the movie’s end credits and that scene was filmed in Los Angeles at a restaurant called Elat Burger. Now renamed Shalom Grill, you can visit the restaurant and try the shawarma for yourself! 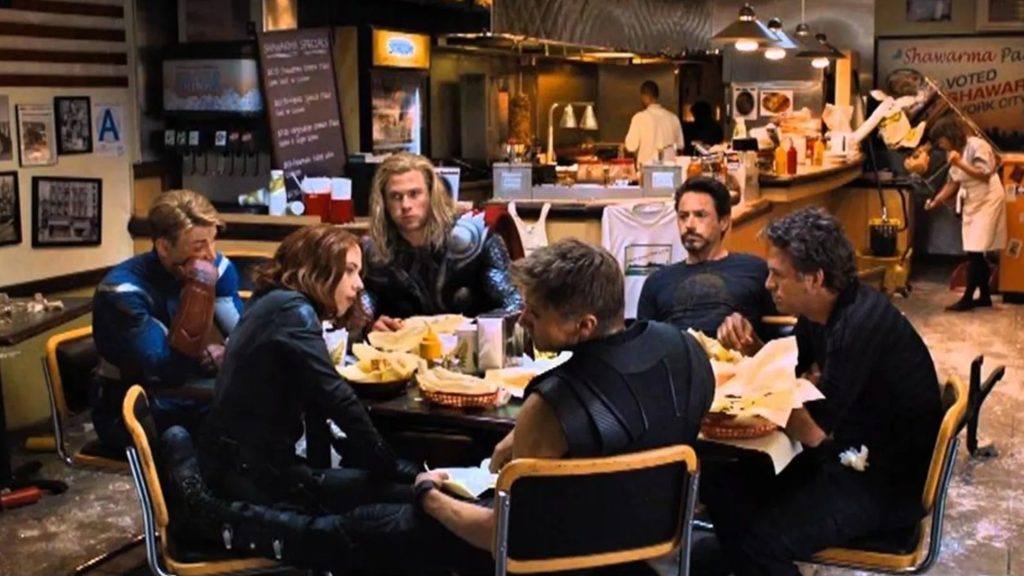 Marvel’s second Guardians movie included a flashback with Ego and Petr Quill’s mother back on Earth. We see Ego plant a piece of his essence in the forest behind a Dairy Queen and watch as it grows into a massive blob, destroying the entire restaurant. This scene was actually filmed at a restaurant called BB’s Café, which you can visit in Stone Mountain, Georgia. 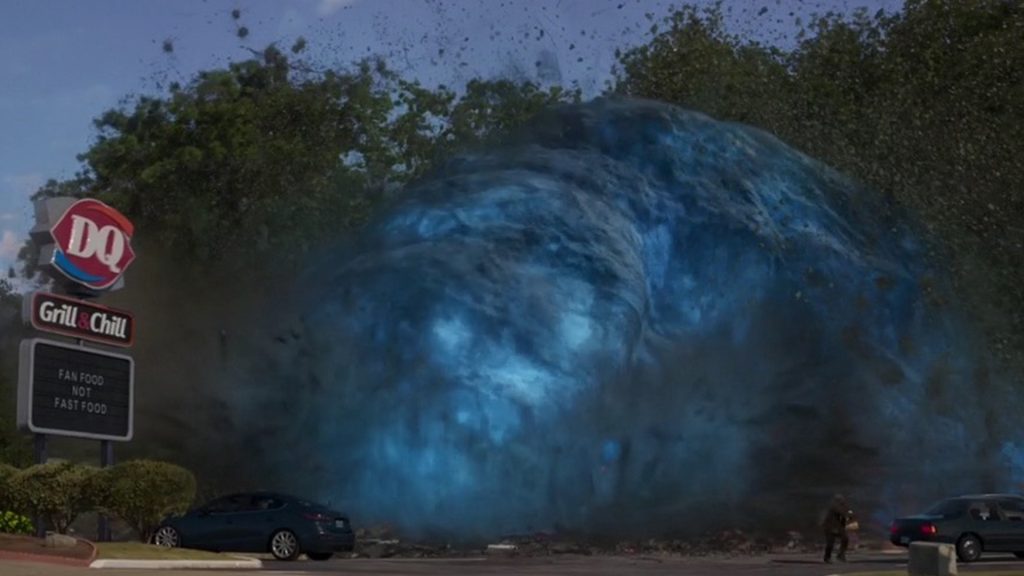 Remember when Tony Stark suffered a panic attack at a Malibu seafood restaurant while signing autographs and having lunch with friend Colonel Rhodes? The restaurant in the movie was called Neptune’s Net, and although that is a real Malibu restaurant, this scene was actually filmed at the Dania Beach Bar & Grill in Dania Beach, Florida.

In this MCU movie, your friendly neighborhood Spider-Man attends Midtown High School in Queens, New York. Those looking to check out Spidey’s alma mater can head to Franklin K. Lane High School in Brooklyn, New York or Henry W. Grady High School in Atlanta, Georgia, as both sites were used for filming in this movie. 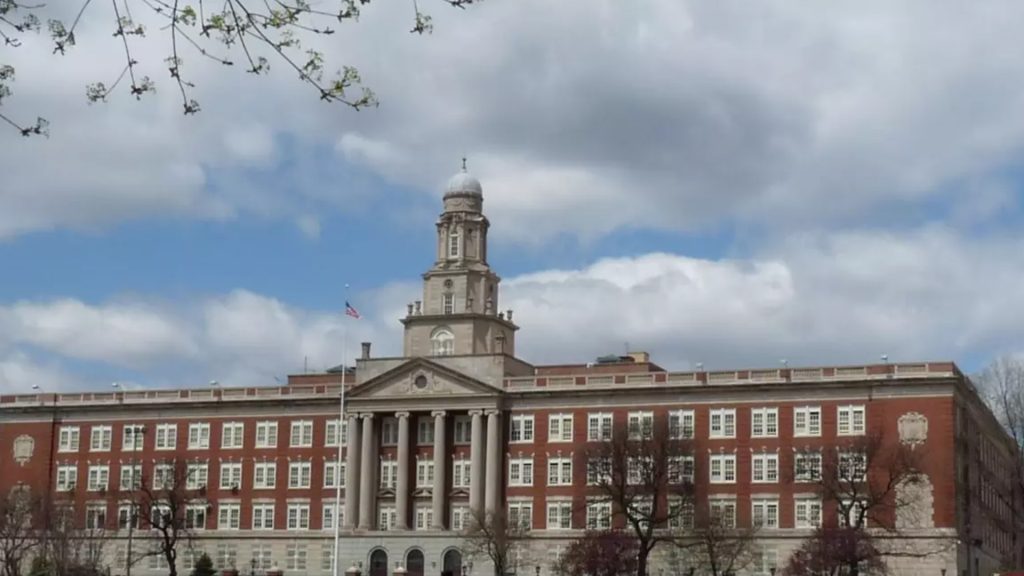 With Steve Rogers and Natasha Romanoff on the run from HYDRA, the pair go incognito at a shopping mall. They even go as far as to share a superhero kiss on the escalator to remain unrecognized. While this scene supposedly took place in Washington, D.C., the shopping mall location is yet another Marvel scene filmed at Tower City Center in Cleveland, Ohio.

The Black Widow finally got her own movie at the beginning of Phase 4 in the Marvel Cinematic Universe. This prequel movie shows Natasha Romanoff on the run, including an action-filled sequence at a train station. You can check out the site where this scene was filmed by going to the historic train station in Macon, Georgia. 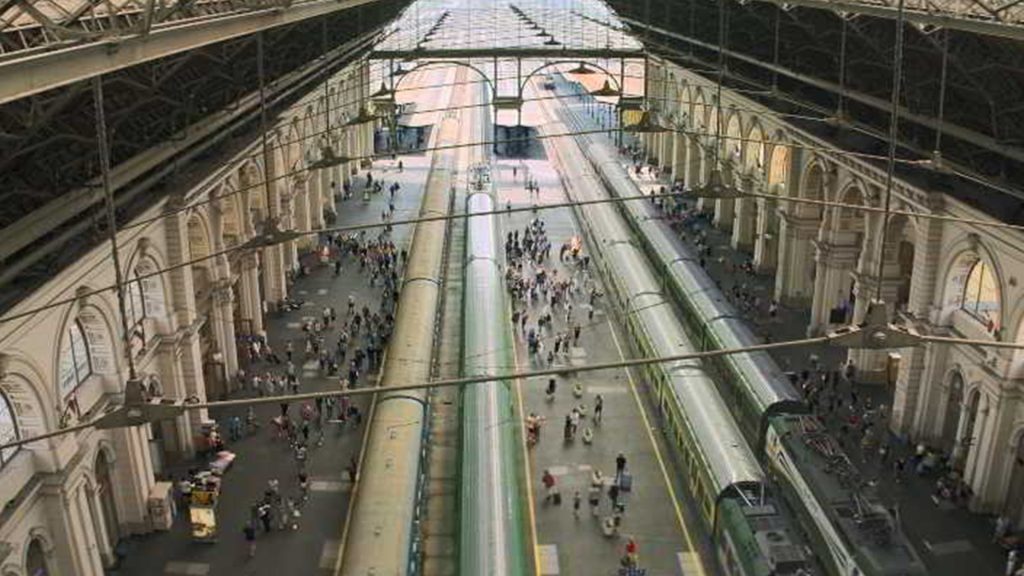 In the third installment of Captain America movies, fans see Wanda Maximoff use her powers to get rid of a bomb, only to have it go off and explode a large building in the fictitious nation of Sokovia. Marvel does a great job with the special effects in this scene, which was actually filmed right in the middle of downtown Atlanta, Georgia. 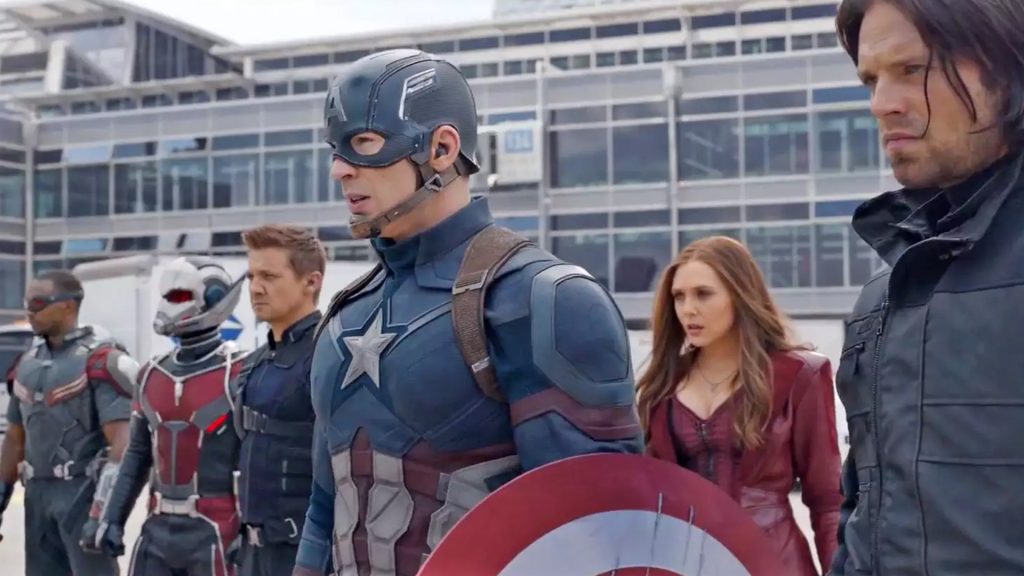 The last place in our list of MCU filming locations, is one of the most iconic locations in the US… In the first Captain America movie, we watch Steve Rogers break out of confinement and run to New York City’s iconic Time Square. It’s here where Nick Fury informs the Avengers leader that he’s been frozen for 70 years. You can visit this popular tourist spot yourself the next time you visit the Big Apple.

There we have 15 MCU filming locations to visit in the US! So, grab your shield or your web slingers and head on down. Whether these locations are just around the corner from you or are a 100-miles away, your trip will definitely be worth it; it’s the closest you will get to being in the Marvel Cinematic Universe. If you are a big fan of Marvel, did you know that you can bet on their upcoming movies? With Bovada’s Entertainment Betting Markets, you can enjoy winning real money on all of your favorite movies and TV shows! Sign up to Bovada to begin betting on Marvel today. Looking for more movie articles? Head on over to our entertainment category for all the latest!